Decided to go to the Great Western Festival (in aid of the regional air ambulance) last weekend.  You’d think that having spent an entire weekend there, accumulating several hundred photos to process, I wouldn’t be going back so soon to take even more photos.  Well, I’m not always that logical, and some of the bands playing were pretty darn good the weekend before, and I like good music.

In the week running up to last weekend, I did some frantic processing of the photos from the previous weekend, and shot them off to BonusPrint for a run of 8″x12″ glossys.  This turned out to be problem number one that week – the credit card payment system screwed up, so I had to call them and get things fixed.  What I didn’t realise (because it wasn’t made clear at the time) was that they had to put a hold on the print job indicating that the prints had to go to their office first… I also ran off some business cards using Vista Print, even though I knew they wouldn’t arrive in time for the weekend (they actually arrived yesterday).

With Friday in sight, and no sign on the proofs, I started panicking slightly.  My options were either to go into town the next morning, and hope that the local Jessops had printers on site, or to make a hurried purchase of a home-level photo printer capable of A4 prints.  In the end, I decided to gamble on Jessops, which worked out ok – they had printers on site, and were able to run off some 9″x6″ lustres for me in 30 minutes, though the black and white photos weren’t quite black and white (additive colour processing).  Tossed them in my bag, and headed for home to find all my gear. 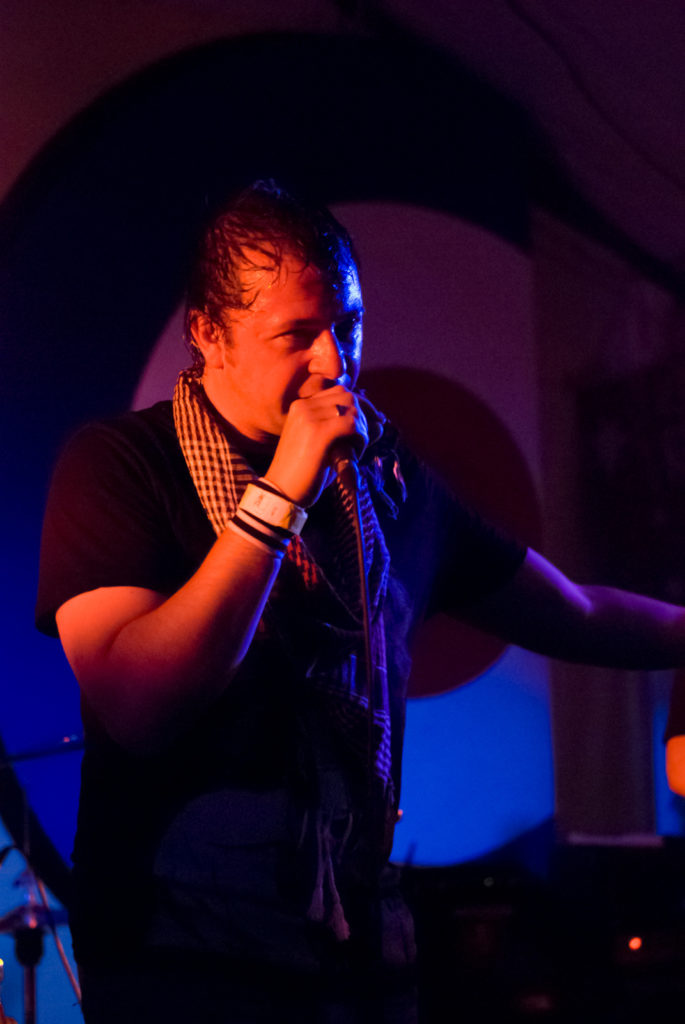 Problem number two was not having the D80, lens, batteries, flash etc prepped the night before (actually, they should have been done by Wednesday).  Problem number three, which didn’t bite me until the evening, was that I didn’t have a checklist, and transferred my gear from one bag to another.  More on that in a bit.

I finally set off for the gig around 12:30 or 13:00, on my bike.  Problem 4 bit me as I was coming up to the bridge that crosses the River Leam on the way – I changed the front and rear cogs too close together, under the strain of an incline.  There was an almighty racket, a clunk, and then the pedals stopped moving; as I stopped pedalling, there was the unpleasant sound of a chain falling off of the cogs.  Yep, I dropped my chain.  Off the bike, prop it up, fiddle with the chain, crank the pedal and I was back in business, albeit with dirtier fingers than before.

Oh yes, networking.  Well, 5 of the groups that performed the previous weekend were at the GW Fest, so I took the proof prints with me, in ‘nice’ manila envelopes, and gave them to the bands.  I’ve also told them that they’re free to use any of the photos from the weekend, under a non-exclusive license, and to contact me if they want higher resolution versions. 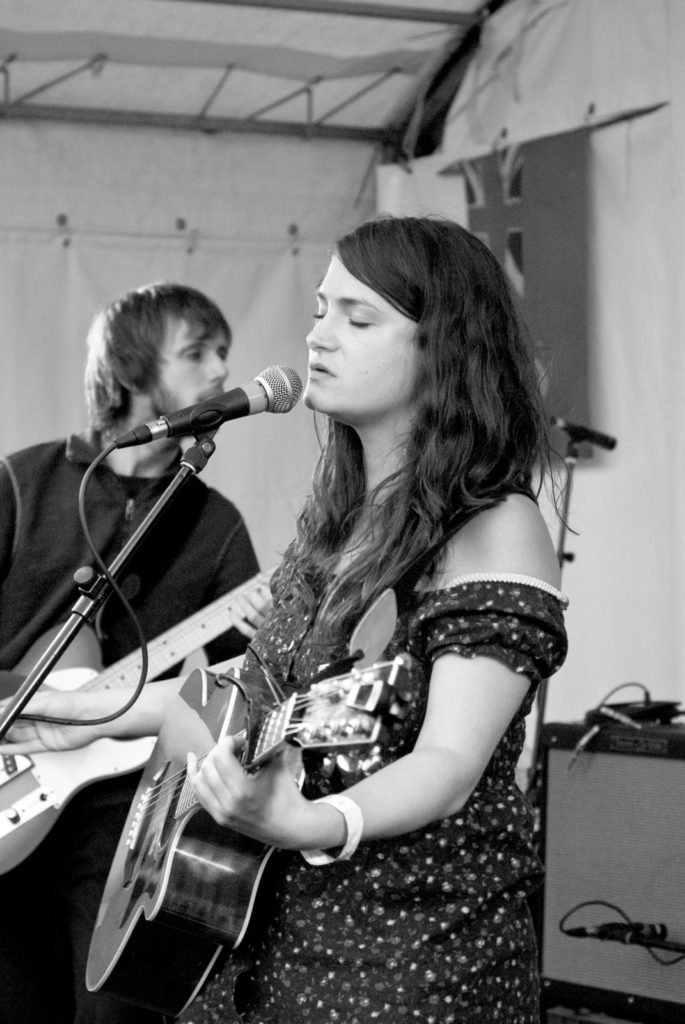 Whether anything will come of it, I don’t know, however I’m going to start stepping up a gear.  The business cards are done, and I’ll be bringing a .com on-line to sport a portfolio of my photos.  I already have a gallery for my ‘mundane’ photos, but nowhere to showcase the ones I think are really good.  The design is already sketched out, I just need to decide on how to host the actual images – do it myself, or use a site like SmugMug or ZenFolio.

Back to the music, I mentioned problem number three earlier.  As the night started to draw in, I was shifting my ISO ever upwards.  Around ISO 1600 is where I like to stop, otherwise the noise does start to get a bit distracting.  So, time to run the flash in TTL mode, except I couldn’t find the batteries for the flash.  Yep, in the rush to transfer my gear from bag to bag, I forgot to transfer the batteries.  More haste, less speed.  I also forgot to grab my ear plugs, which are kind of essential when a band like the Satin Dolls are closing the gig – they’re loud.  Loud, but very good. 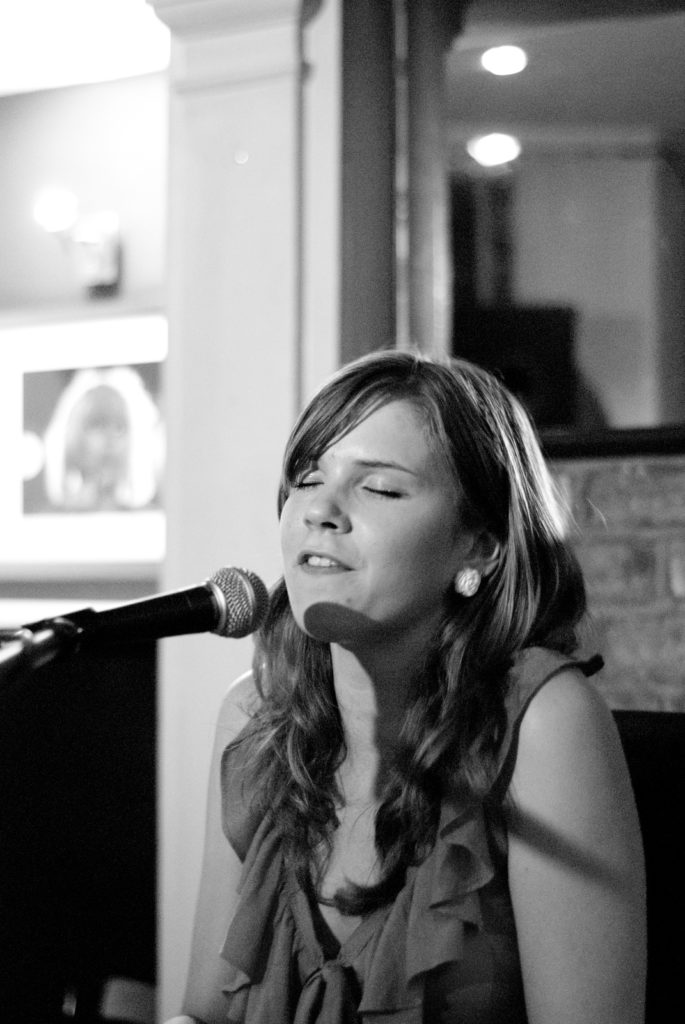 I stayed for the indoor jam session featuring Katie Dove-Dixon (pictured) and Kristy Gallacher, and finally rolled home (on a working bike) sometime around midnight.  11 hours of music, and most of it spent on my feet.  Good time though, just 400 photos to filter and process!

Networking, GW Fest and stepping up a gear
Tagged on: 42    Photography    wayback machine