Sunday afternoon saw me returning to the Great Western pub for the Americana / blues bands they were hosting.  This time I carried my green chair with me, as the prospect of spending another 8 hours sitting on the wooden benches at the pub was not very enticing.  Acts included the Dustbowl String Band (featuring (reportedly) the best flatfoot dancer in the UK), Under the Influence, Wes Finch and the Dirty Band, Cindy Archer / The Dolly Rockets, Kel Elliott (complete with brass section), The Tree Horns, The Bellows, Clayton Denwood and the Street Shepherd Group.

The afternoon rocked past, with 300 photos or so ending up on my SD cards – time just flew.  Excellent music, decent hamburgers and plenty of water.  Also ended up chatting to a staff writer from Americana UK who was there to cover the event, and swapped details (and cameras).  Having played with a Canon 30D, I still don’t like it much – it’s an excellent camera, but I just can’t hold it properly, the grip is that fraction too shallow.  The 17 – 35mm lens was nice and fast on the auto-focus though. 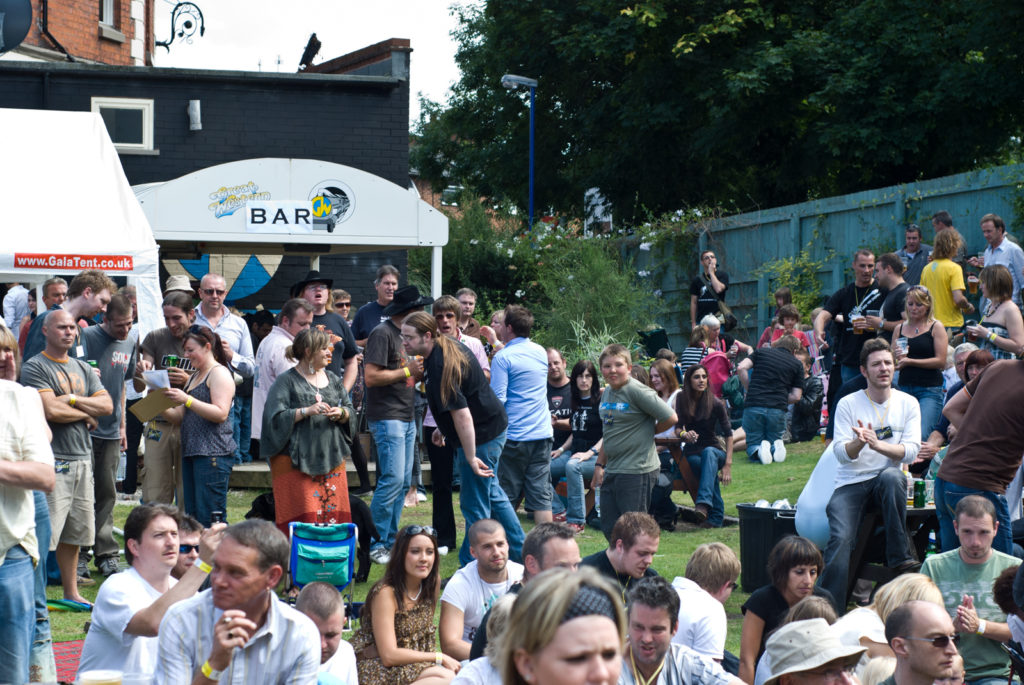 Musical highlights for me were Kel Elliott and her band (or was it the Kel Elliott Band?) – the brass section really completes the lineup; Libby Fielding, the dancer in Wes Finch and the Dirty Band – whirling dervish seemed to describe her at points, and I’m sure if you look in a dictionary, you’ll find her as the definition of energetic; and Jack Blackman, a young man (not yet 16) who had blues dripping from his fingers.

The evening wrapped up with a performance by the Street Shepherd Group – flamenco guitar, cajon drum, violin and a percussion instrument I can’t identify.  The pace was slower and quieter than what had preceded for most of the day, but it was a nice way to cool off after a day of shooting, and just relax to some good music.

Picked up a ticket for the GW Fest as well, with the intent of coming back for more good music, and the chance at some more photography.